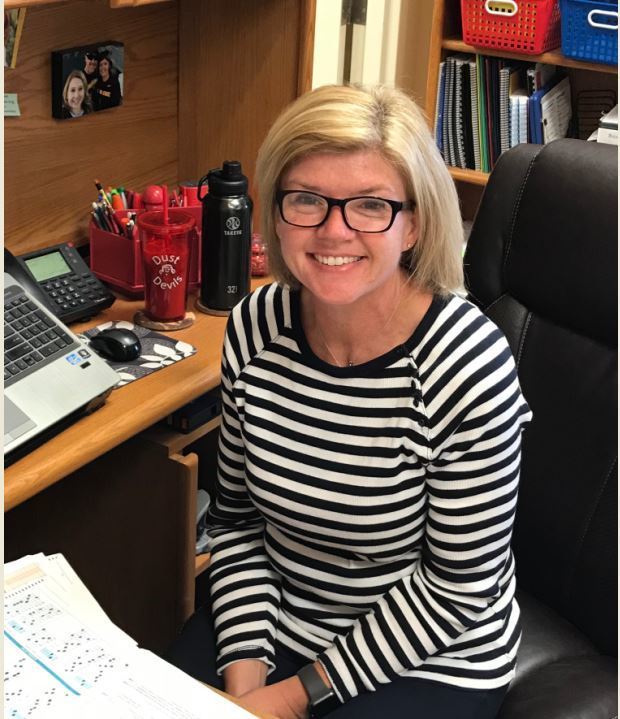 Mrs. Waxler has the distinction of the only person who has worked at all four school campuses (including the now closed Mohave Valley Elementary) and the district office. Starting as a third grade teacher at Fort Mojave, she later moved to Camp Mohave when that school first opened. Her administrative career began at Mohave Valley Elementary, and she served at year as principal at Mohave Valley Jr. High before moving to the district office. She currently serves as the district’s Director of Special Services, which includes overseeing all special education, English Language Learner and Gifted programs, as well as is the district’s point person on all testing activities.

When asked about her most memorable moment working for the district, Mrs. Waxler pulled the mom card: “I had the advantage of seeing both sides of (her daughter) Katelyn’s early education while working in the district. As junior high principal, I had the privilege of handing Katelyn’s promotion certificate to her, passing her along to high school: Knowing that I had a dual role in laying the groundwork for her eventual graduate work at ASU made me a proud mom and a proud staff member.”

“Mrs. Waxler has been instrumental in the district’s improvement efforts” noted Whitney Crow, superintendent. “Starting with Mohave Valley Elementary’s Reading First experience, Mrs. Waxler has seen it all, been trained in it all, and done it all. We wouldn’t be a B district today without her leadership.”