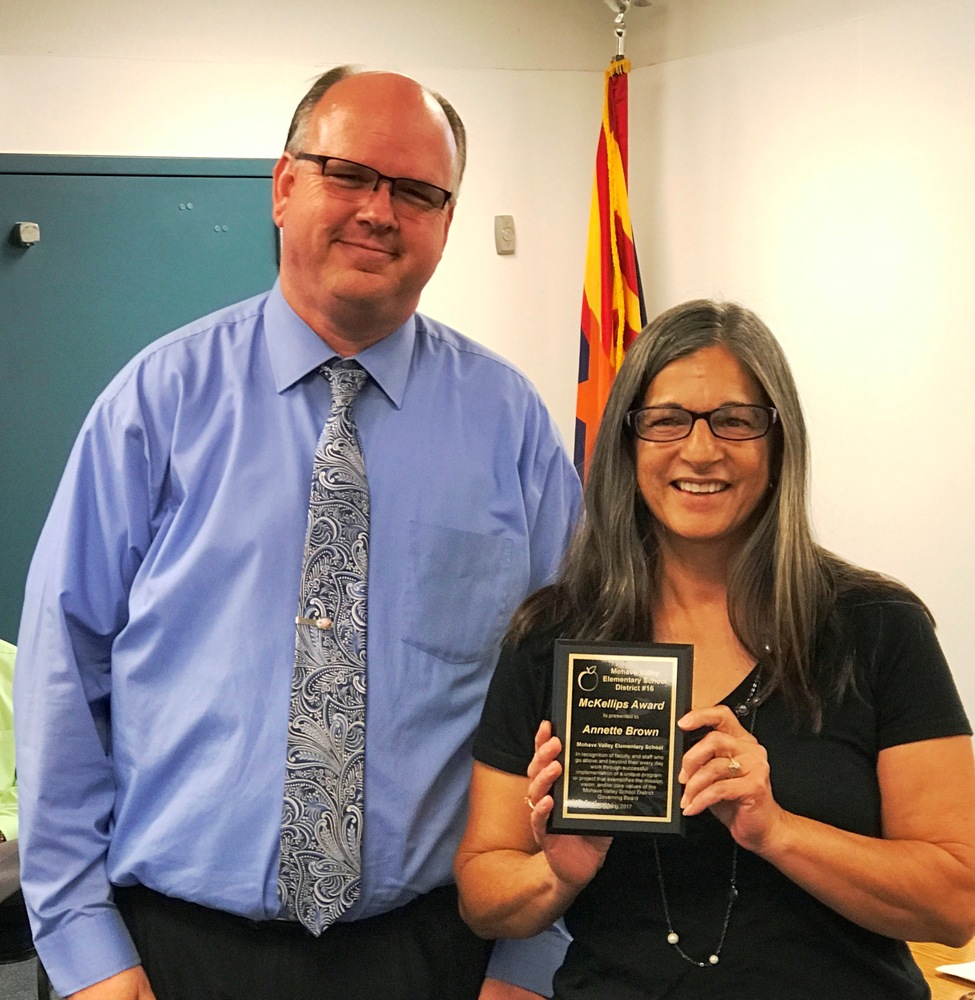 Mrs. Brown, a long time Title I Reading Interventionist at Fort Mojave Elementary School was actually awarded for her work with the school’s ROCK-It Club after school program, funded through a 21st Century Learning Center Grant through the Federal Government.

As noted in her nomination: “Mrs. Brown’s work as the Sewing Club teacher has provided students with a creative way to express themselves not typically found during the normal school day”. Successful beyond even her belief, Brown was “surprised at how quickly the students learned to sew, and how well they did with their projects”.

For her award, Mrs. Brown received a $1,000 prize: $900 for supplies to fund her program, and $100 in the form of a gift certificate to a local steak house to celebrate her success. Superintendent Whitney Crow directed Brown in the presentation of the gift certificate: “You must spend this gift certificate on yourself- too often teachers and staff will put everything back into their program. This is for you.”

The McKellips Award is given to recognize faculty and staff who go above and beyond in their everyday work through the successful implementation of a unique program or project that exemplifies the mission, vision, and/or core values of the school district. The award itself is named after Gordon McKellips, the first clerk of what is now the Mohave Valley Elementary School District. He and his family were instrumental of moving the district’s school from then Oatman to the site in Mohave Valley, donating the land for the new school on “Commercial and Main” in Mohave Valley.