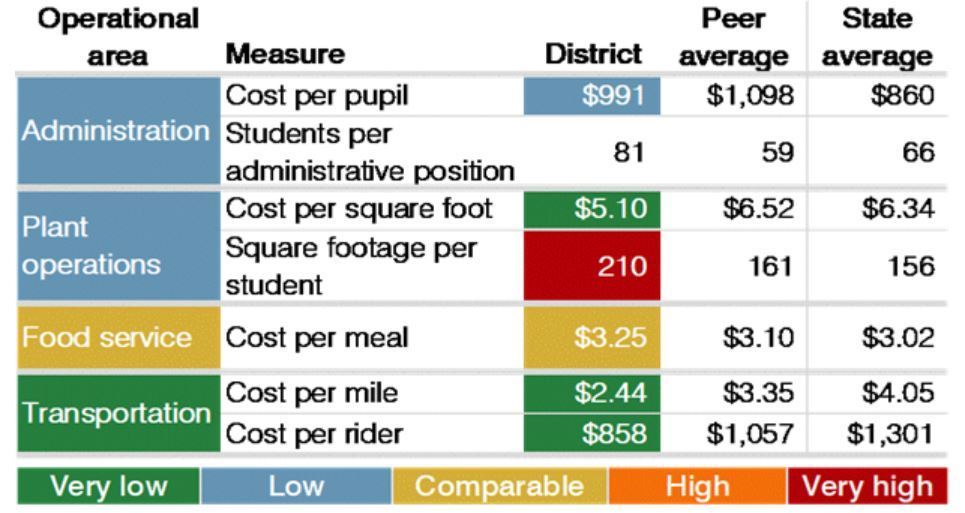 The Arizona Auditor General's office released their annual school financial reports this week for individual public school districts as well as the state as a whole. Attached here is the link to Mohave Valley Elementary School District's report.

"Mohave Valley's spending patterns continue to compare favorably with the state" noted Jenette King, District Business Manager. "All areas continue to rank "low" or "very low" except for Food Services, which experienced an uptick with the onset of contracting services with Chartwells. However, the spending still rates as "comparable" to other districts with similar demographics."

Superintendent Whitney Crow noted that the 'very high" mark for Square Footage per Student is not a spending indicator, but rather simply a measure of the amount of facilities the district owns: "This factors high when considering the number of students the district has, and is a direct result of owning the now-closed Mohave Valley Elementary campus. In this case, the district simply owns more space than needed for our student count."

"All in all, we are pleased that the district performs as well as if not better than most district's our size and make-up." continued Crow, noting that the goal is to run the district in the most financially sound manner possible, getting the most bang for our taxpayer's buck.

The entire Auditor General's report can be found at that office's state website.