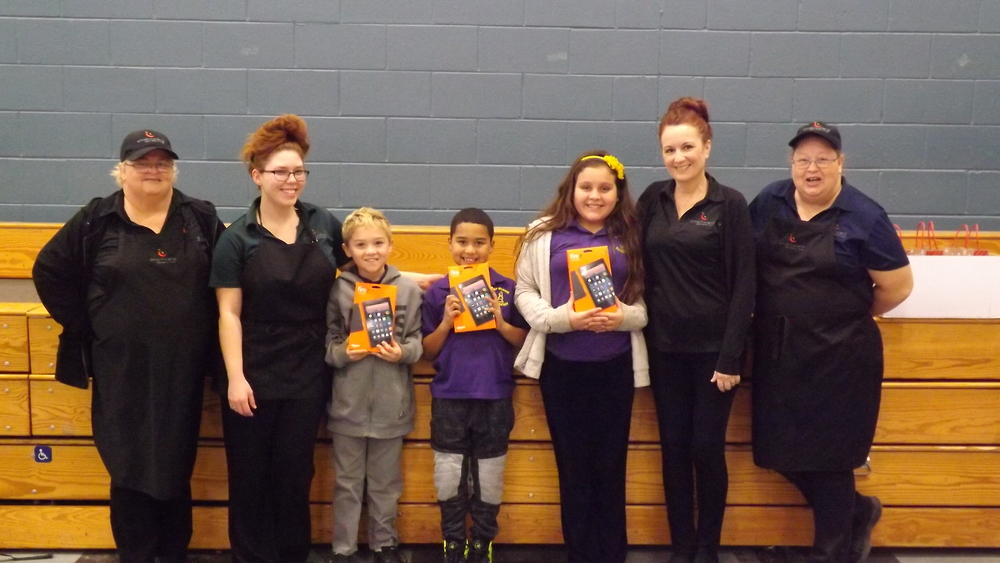 December turned into a time of excitement for three students at Camp Mohave Elementary School. As a part of a district effort to encourage more students to eat breakfast, the cafeteria staff handed out raffle tickets over the last few weeks. At the end of breakfast on December 22, three tickets were drawn and those students were given a Fire Tablet for participating in the Breakfast Club at Camp Mohave. The winners of the tablets were Cyler Phillips, Joseph Hernandez, and Fritzi Guerrero. The cafeteria staff at CMES were excited for the contest and reported a nice increase in the number of breakfasts served during the month of December. Thank you to people who have donated to the district in order to make this contest possible.